SBS News looks at what the parties are promising on education. Often an area of bipartisanship, there are some major points of difference between the Coalition and Labor’s education policy platforms.

“Education is the first defence of the nation,” Treasurer Josh Frydenberg said in his April budget, widely seen as the governments’s unofficial campaign launch.

‘It is critical to our prosperity, harmony and advancement as a country,” Mr Frydenberg said. He went on to announce $453 million to extend the 15 hours a week of free preschool for four-year-olds until the end of 2020.

Plus, every electorate is set to receive $200,000 to “support priority projects in local schools that benefit students and their communities”.

And there was a big focus on vocational skills, with Mr Frydenberg announcing $200 million would be used to create 80,000 new apprenticeships.

Since then, the Coalition has been trumpeting its school funding agreements which it claims “invests an additional $37 billion in schools over the next decade”.

“This increases average funding per student by 62 per cent over a decade,” party material says.

And the Coalition has made a point of committing to the National Schools Chaplaincy program “on a permanent basis”, with a new anti-bullying focus. At a tertiary level, there is a two-year freeze on funding for Commonwealth supported places at universities but the government claims it is still providing “a record $17.7 billion” in the sector.

“[And] we are also ensuring that all publicly funded university research is in the public interest,” Coalition material says.

“Taxpayer support for universities should always provide a return for taxpayers – both students and their families, and the broader community, who benefit from the world class research undertaken in Australian universities.” Meanwhile, Labor’s proposed changes to the tax code means the party has money to burn. And it plans to spend several billion dollars of this on education.

At a cost of $1.7 billion, the party will extend the 15 hours per week of subsidised early childhood education to both three and four-year-olds.

In one of its biggest funding announcements, Labor will match the Coalition’s Gonski 2.0 schools funding, then spend an additional $14 billion on public schools.

Opposition leader Bill Shorten said the promise will fund more than 13,000 extra teachers or 23,000 teacher’s aides, in “the biggest investment in public schools in Australian history”. 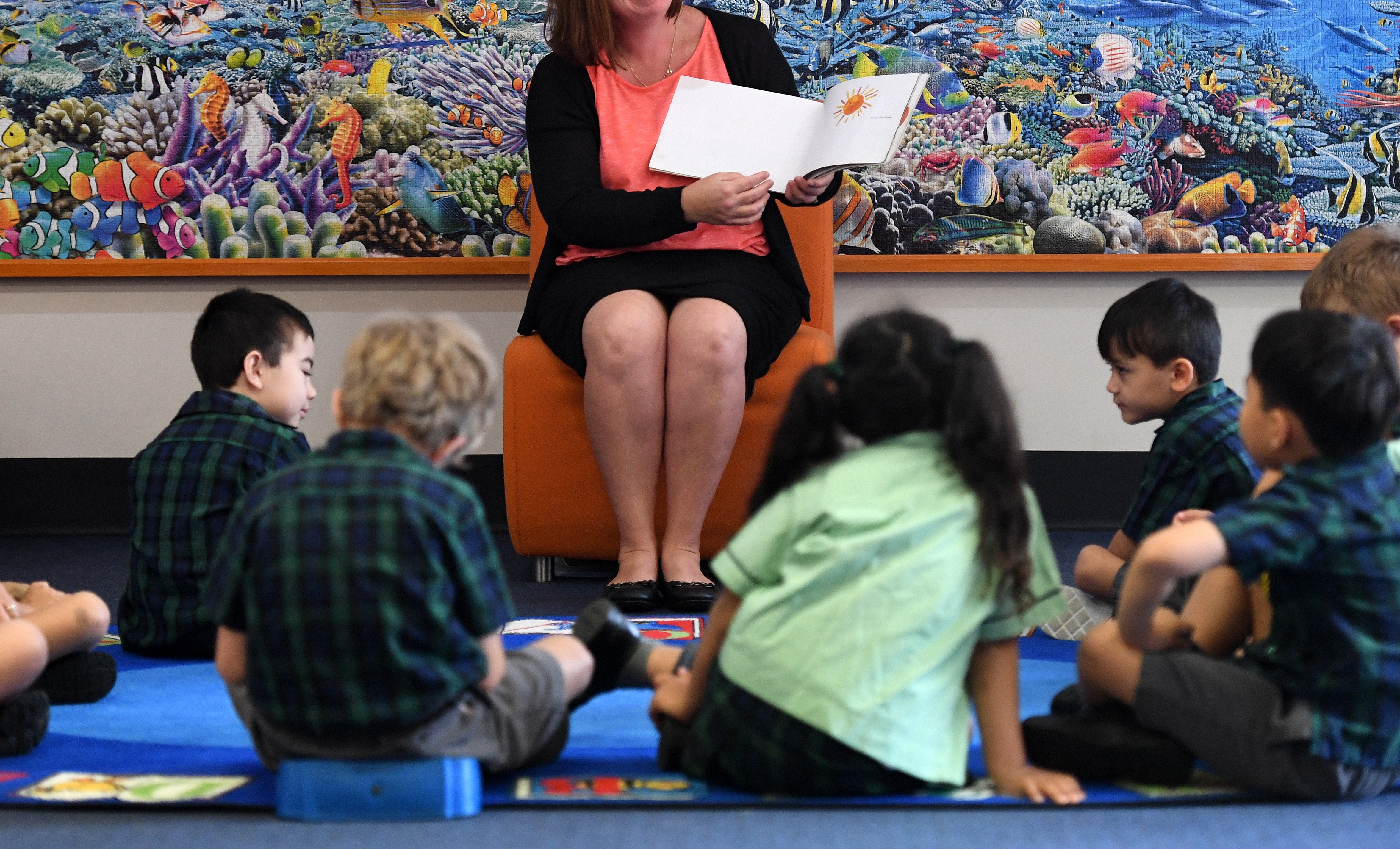 Labor also plans to spend $32 million to tackle what it calls the “stagnation” of Asian language-learning in schools.

“It’s disturbing to think that fewer Australian students are studying an Asian language now than there were just a few years ago and there are fewer now than there were decades ago,” shadow education minister Tanya Plibersek told SBS News after the announcement.

And the party has committed $300 million to “deliver individualised learning for students with a disability”.

Labor also has big spending plans at a tertiary level. There’s the $300 million University Future Fund for new university research and teaching buildings and $174 million to “boost opportunities for uni study in communities where graduation rates are low”.

And Opposition Leader Bill Shorten said he will reverse the freeze on Commonwealth grants to universities.

Labor has promised a $1 billion investment into the TAFE sector and encouraging the uptake of apprenticeships.

The Greens have even more ambitious ideas around education, the centrepiece of which is free university and TAFE for all Australians.

“It’s time to end the debt sentence. Young people are graduating from university and TAFE with crushing debts that take almost a decade to pay off,” Greens education spokesperson Mehreen Faruqi said.

“We have universal primary and secondary education. Free public higher education is the missing piece of the puzzle.”

Additionally, it would inject an extra 10 per cent into university funding “to better support students, teachers and staff”.

The party also wants to invest $20.5 billion in additional funds to public schools over the next ten years.