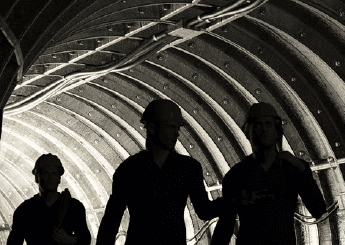 Employment company SEEK has revealed that the mining, resources and energy sector was the third-strongest contributor to the Australian employment market for the month of May.

Advertised jobs in the sector overcame an overall slowdown, up 5.3 per cent year on year compared to an overall decline of 6.5 per cent across all industries.

It was one of five sectors to show job growth overall, placing behind education and training (up 13.7 per cent), healthcare and medical (up 7.8 per cent) and ahead of sports and recreation (2.8 per cent) and science and technology (up 0.3 per cent).

The mining, resources and energy sector has consistently driven job ad growth since the start of the year, according to SEEK’s report. Despite the overall decline in job ads, the average advertised salary has grown 3.4 per cent from May 2018 to May 2019. Job ads were also improved over 2017 figures.

“It has been interesting to see that job ad volumes have moderated in May after a pronounced drop in April,” said SEEK ANZ managing director Kendra Banks.

“We suspected that April advertising was heavily impacted by multiple public holidays and the lead up to the federal election, and our data has verified this hypothesis.

“While May job ad volumes are still down from 2018 it is important to note that 2018 was somewhat of an anomaly with the highest [job ad volumes] in the past decade.”

In terms of states and territories, Tasmania led year-on-year salary growth at 5.8 per cent, with Western Australia in second place at 4.3 per cent. Western Australia still led for highest seasonally adjusted annual salary however at $91,070. While Tasmania led by salary growth, it still had the lowest annual salary of the states and territories at $78,324.

The Australian Capital Territory was the only region to post growth in job ad volume, up 12.9 per cent. The Northern Territory posted the largest loss for job ad growth at 20.3 per cent.