As voters head to the polls, around one-quarter will decide who to vote for on the day. Analysis shows climate change and the economy are foremost in voters’ minds.

But education remains a key issue, as evidenced by a flurry of education-related announcements in the final stretch of the campaign.

Here’s what you need to know about the major parties’ education commitments, and what the millions and billions here and there really mean.

Two years of high-quality, play-based learning at preschool can have a significant impact on children’s development. It can put them close to eight months ahead in literacy by the time they start school. The benefits are greatest for children from disadvantaged backgrounds, which makes preschool a valuable tool for reducing inequality.

Labor has promised to make childcare free for most low-income households and to provide up to an 85% subsidy for households under $175,000. It has committed to funding an extra year of preschool for three-year-olds. This is evidence-based and builds on commitments by several states to support two years of preschool.

Labor has also pledged to increase wages for some early childhood educators, to be rolled out over a decade, and to reinstate funding for the National Quality Agenda, which lapsed in 2018. This reflects the importance of quality in early childhood services, to improve outcomes for children.

The Coalition is taking a more cautious approach to spending on the early childhood sector. It has pledged funding for four-year-old preschool, but only for another year, and it has not renewed funding for the National Quality Agenda.

The Coalition will likely retain the means-tested subsidy introduced as part of its major childcare reforms in 2018. While these reforms benefited an estimated one million lower-income families, the means test also left around 280,000 families worse off, including families with neither parent in work.

Advocates argue preschool should be seen as an integral component of the education system and a fundamental right for all children, and all parties should take a cross-partisan approach and commit to long-term funding. The major parties are certainly not at that point yet, but there are indications they’re heading in the right direction.

Given states and territories are largely responsible for schools, federal investment should be targeted where it can make the most difference. Two key areas are needs-based funding, to ensure additional support is available to students who need it the most, and central investment in research and evidence-based practice.

Both major parties have promised a national evidence institute. Laborhas allocated funds for it, with the Coalition yet to do so. This initiative reflects the urgent need to ensure evidence helps to shape the education system. The Productivity Commission has recommended such an institute, to connect educators and policymakers with the latest research on teaching and learning.

On funding, the Coalition wants us to judge it on its reforms to the schools funding package, which is now mostly modelled on the needs-based funding approach outlined in the Gonski Review. But funding has still not reached the recommended levels. The Coalition has supported the National School Resourcing Board to review these funding arrangements and develop a fairer model for all schools. 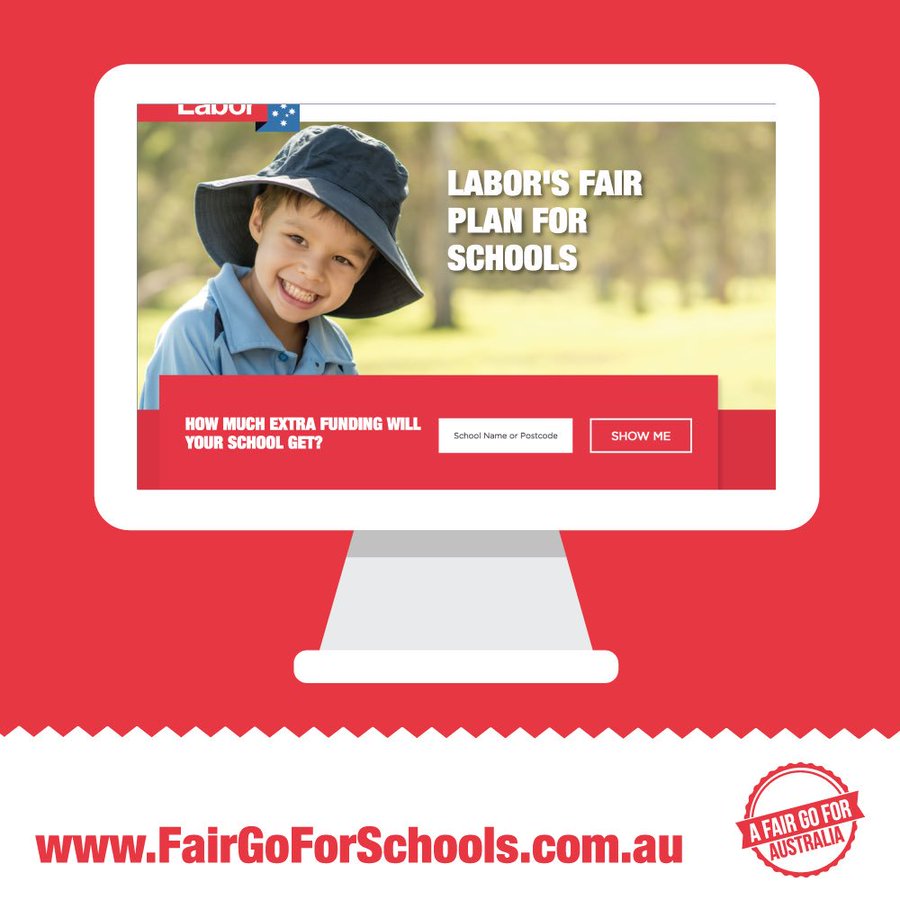 Labor has promised to increase funding for schools. Labor’s offer would bring schools closer to meeting the levels of funding recommended by Gonski.

Funding isn’t a magic bullet, but it plays an important role in improving outcomes for all students..

Vocational Education and Training (VET) has experienced a series of unsuccessful reforms over the past decade. VET plays an important role in the tertiary sector, so it’s good to see both major parties addressing this in their platforms.

The Coalition’s plan comes out of a major recent review of the VET sector and includes more money for apprentices and rural programs; the establishment of a National Skills Commission and a National Careers Institute; and simplifying systems for employers.

Labor has pledged to fund up to 100,000 TAFE places. It has also promised a major inquiry into tertiary education, looking at VET and universities side by side. This could potentially move us towards a fairer system that puts VET and universities on an even footing and better caters to the varied needs of students and employers.

Both Labor and the Coalition have committed to increased support for apprenticeships, through financial incentives for employers.

For universities, Labor says it will bring back demand-driven funding, which existed between 2012 and 2017, where universities are paid for every student studying and there is no limit on the number of students that can be admitted to courses. Evidence suggests this has been effective in boosting studies in areas where there are skills shortages, such as health, and also appears to have improved access to education for disadvantaged groups.

Due to costs, the Coalition has moved to a funding model based on population and university performance. It has also promised extra support for regional students and universities. This help address the large gaps in university participation between young people from major cities, and rural and regional Australia.

When casting our votes, we would do well to look past the dollar signs, and think about how each party is shaping an education system that will deliver quality learning for all Australians, from all kinds of backgrounds, from childhood through to adulthood.

The Coalition has delivered needs-based funding for schools and promises a greater focus on regional and rural students in all sectors. But there are some apparent gaps in early learning and tertiary policy and funding.

Labor has pledged more funding in all sectors. It has made a prominent commitment to early childhood education and care. However, Labor’s policies are expensive and would need to be implemented effectively to make sure they achieve the intended outcomes for students and deliver the financial benefit to the economy in the long-term.